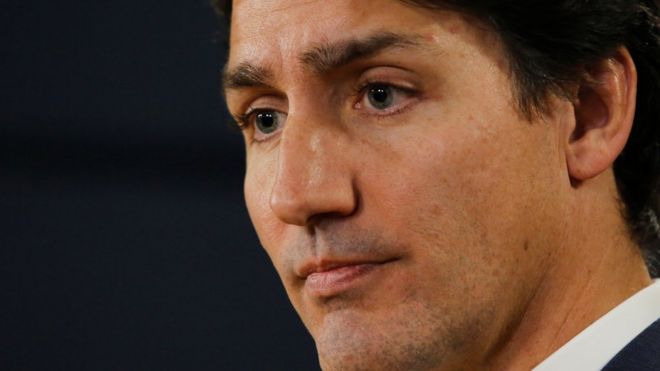 The Liberals retained power but fell short of a majority.

On Wednesday Mr Trudeau said he would be sitting down with other party leaders to discuss parliamentary support for his minority government.

The general election saw the Liberals’ representation in the House of Commons reduced from 177 to 157 seats, 13 short of a majority.

In his first public appearance since then, Mr Trudeau said he would be focusing his legislative efforts on issues like climate change and the cost of living – which many voters who supported other parties made clear they still cared about.

The Liberal leader struck a conciliatory note, saying that many involved in the divisive election now “regret the tone” of that campaign.

Voters there turned away from Mr Trudeau’s party amid complaints that the region’s interests are not represented in the capital, Ottawa, and growing talk of “western alienation” in Canada’s oil-producing heartland.

He took an initial step by confirming his government’s commitment to the Trans Mountain oil pipeline expansion project, which has faced legal hurdles and opposition from environmental campaigners and some First Nations.

The prime minister said he would seek to ensure that the region’s interests are represented in his cabinet.

A new cabinet will be sworn-in on 20 November.

On Tuesday, Mr Trudeau’s rivals said it would be up to the prime minister to ensure that parliament will work.

But they issued few details on the demands they would place on the PM for their support.

Conservative leader Andrew Scheer, whose party won a greater share of the popular vote than the Liberals but fewer seats, said it was imperative that Mr Trudeau focused on national unity.

“We have a divided country,” he told journalists on Tuesday. “It is essential for Justin Trudeau to take this seriously, to try to find common ground.”