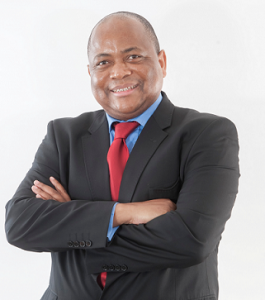 Kuseni Dlamini is the Chairman of JSE-listed Aspen Pharmacare Holdings Ltd, the leading pharmaceutical manufacturer in the southern hemisphere with operations in 47 countries. He is the former Chief Executive Officer of Old Mutual South Africa and Emerging Markets. Prior to this he was the Head of Anglo American South Africa and a member of the Executive Committee of Anglo American plc. in London and was Director of Anglo Platinum Ltd. He is also the former Executive Chairman of Richards Bay Coal Terminal Company (RBCT) Ltd and a former Chairman of Anglo Operations (Pty) Ltd. As part of his career in mining he held a number of senior positions at Anglo Gold Ashanti and De Beers Consolidated Mines Ltd in South Africa and the United Kingdom. Kuseni is a graduate of the Universities of KwaZulu-Natal, Durban, and Oxford where he was a Rhodes Scholar. In March 2008, he was named a ‘Young Global Leader (YGL)’ by the World Economic Forum and, during the same month, Miningx selected him as one of the top 100 most influential people in South African mining.

In June 2008, the Mail & Guardian named him as one of the top 200 young people worth taking to lunch and in the same year and month, The Economist referred to him as “A Rare Commodity’. In 2010, the World Economic Forum appointed him a member of the Global Agenda Council on Economic Growth and Poverty Alleviation. In 2011, he was appointed co-Chairman of the annual World Economic Forum (WEF) Africa Summit which brings together Heads of States, leading politicians and business leaders to debate the state of Africa in a changing world on an annual basis. Kuseni is active in professional bodies and charities which include the South African Institute of International Affairs (SAIIA), Common Purpose and the Advisory Board of GIBS Business School. He is also a former member of the Council of the University of Pretoria and former Chairman of the Board of South African National Parks (SANParks).